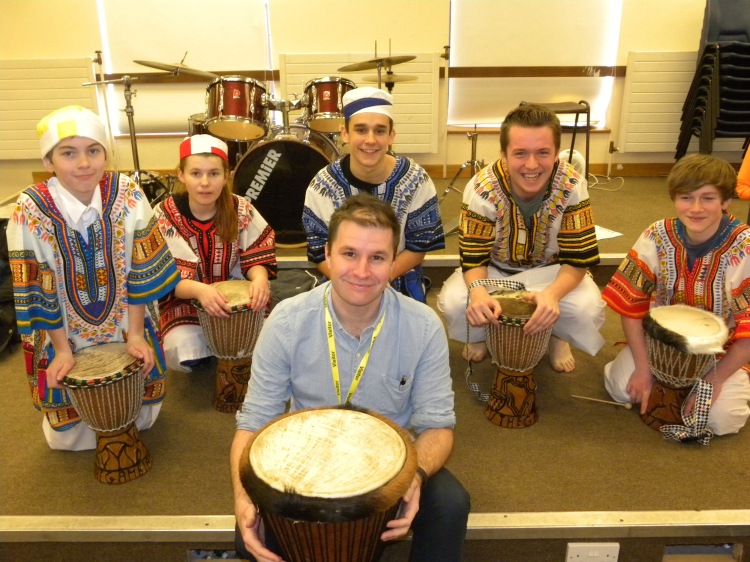 We have been very proud to have worked alongside Bodmin College this term for their sold out production of Disney’s The Lion King.

Tom provided two Africa Drumming workshops for the percussionists that featured in numerous songs in the production as well as a group solo piece in which drummers performed traditional Kuku and Djole rhythms.

Tom also provided two workshops for Cymaz Music’s exchanging notes project, in which students learned and performed different Djembe rhythms (one of which they had created themselves) to crowds waiting for the production on the Tuesday.

We had so much fun doing this, and would like to thank Musical Director Ben Vincent for giving us the opportunity to work with such talented musicians and be part of such an amazing and inspiring show. Well done everyone!